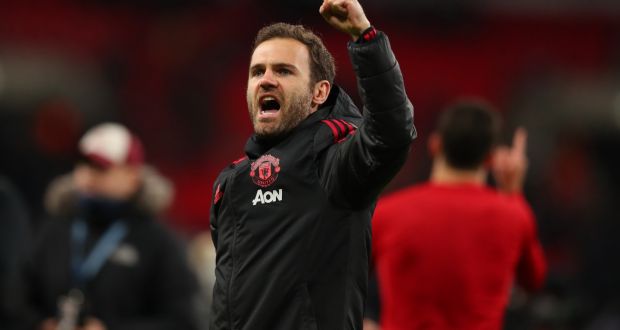 Juan Mata has agreed a two-year contract extension with Manchester United with an option of a further year.

His teammates have reacted to the news that Juan Mata has extended his stay at Old Trafford.

Reacting to his new deal, the 31-year-old took to Instagram to post an image of himself in the new shirt for 2019/20, saying he wants to help United out of the current predicament.

He posted: “Because we are going through difficult times, it is of the greatest importance to me to extend my commitment to @manchesterunited.

“It is also the right time for me to say loud and clear that the feeling of being a Manchester United player is something very special. Unique. I am really proud and excited to sign a new contract, and will keep trying my best to help bring the club back to where it belongs.”

In response, a number of United teammates commented on the post, nodding their approval of the latest extension.

On completion of the new contract, manager Ole Gunnar Solskjaer said: “Juan is the ultimate professional and one of the most intelligent players I have worked with.

“I am delighted that he has signed a new contract, as I know that his talent and mentality will be invaluable to the squad.”