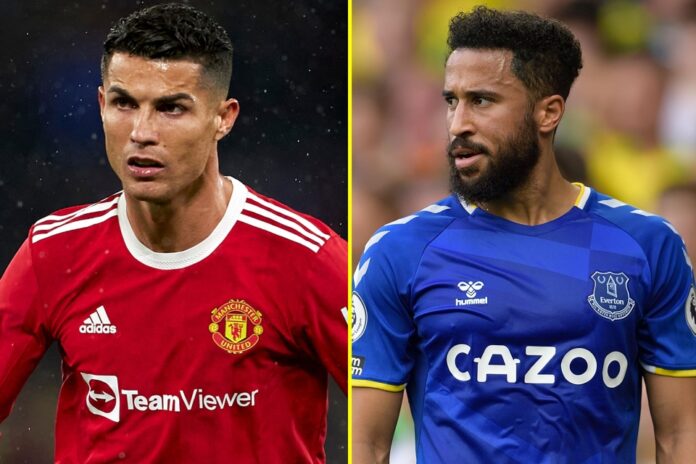 Manchester United would welcome Rafael Benitez's Everton side at home as hostility ensues between the two sides in the Premier League.

But it turned out to be one of that unfortunate afternoon for Ole Gunnar Solskjaer's men at home.

The Reds managed to pull off a win over Spanish side Villarreal in the UEFA Champions League but question (marks) are lurking around United's team approach.

While Solskjaer will come under intense pressure if his side can't break down what is expected to be a well-organized Everton team.

This is an Everton side with a resolute defence of about 1.01Xga, which is way better off than any other team in the Premier League apart from Manchester City (0.52).

The Merseyside's are also a good deal and more attack-minded than many people indeed their overall six-game XG isn't for behind United (Everton10.62, United 11.44).

Aaron Wan-Bissaka is back from suspension but Harry Maguire is still absent due to injury. Despite the fact that he's included in the Three Lions squad, Luke Shaw could miss out against Everton. The pair of Diogo Dalot and Alex Telles are on standby for the Red Devils.

Following the recent turn of form in matches, United boss Ole Gunnar Solskjaer should rotate his side here with a place for Jesse Lingard, Nemanja Matic and Edinson Cavani.

However, it's yet to be revealed if he will start ahead of the Portuguese duo of Bruno Fernandes and Cristiano Ronaldo. This is particularly for match-winner Ronaldo following his goal in midweek.

Wingers Amad Diallo and Marcus Rashford are expected to return to action for Manchester United after the international break.

Jordan Pickford and Lucas Digne pulled through from injury to make Everton's starting team in their 2-0 win over Norwich last time out though the former is a kind of a doubt for the trip to Old Trafford.

Everton would be without defender Seamus Coleman, Brazil forward Richarlison and Dominic Calvert-Lewin until after the international break.

Nigeria's Alex Iwobi is also a major doubt against Manchester United. Andres Gomes has been ruled out but Jean-Philippe Gbamin should be on the substitute bench.

With Iwobi set to be out here, it wouldn't be a surprise if Benitez make do with a back three or alternatively deploy Lucas Digne further forward Ben Godfrey featuring at the left back position.

The Red Devils playing at home should see them win this one, especially against an Old Foe in manager Rafael Benitez during his time at Anfield with Liverpool.

But with Cavani back alongside Cristiano Ronaldo who is the new poster boy of Manchester United, a win is likely to be the case here for them.

Everton may have had a solid defensive configuration this term. But United's attacking class as well as their desperation(match) should see them secure the win at home against Everton.