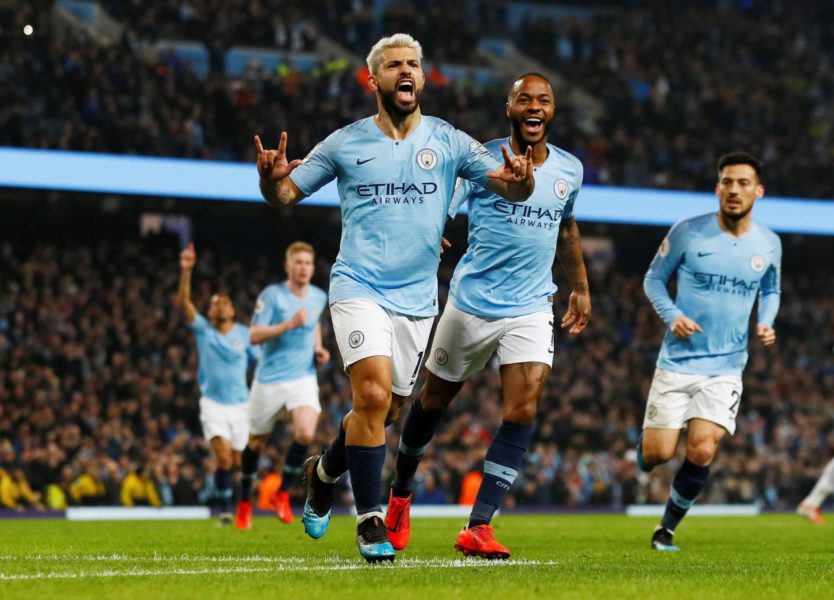 The new kit which will be worn by Manchester City next season has been leaked onto the internet.

Having changed the Manchester City’s 2019/20 kit design and training gear for the coming season, there has been mounting speculation about what the new kit will be like.

SEE ALSO: Arsenal Home And Away Kits 2019/20: Aubameyang And Lacazette Model Them (Photo)

City are just entering the final few weeks of their existing kit deal with Nike. Many fans are unhappy with the design of kits by Nike.

The chance for the new kit deal under Puma to right some of these wrongs has created unprecedented levels of interest by City fans in the new manufacturer's designs.

The new season kit deal starts in July 2019 and will see a new shirt design with a clear accent on purple.

There is purple writing on the shirt, for sponsors and 125 years badge and also purple detailing to the sleeves.

A clearer look at the leaked 2019/20 Manchester City Home Kit.

This is not a traditional City colour so has caused some debate amongst fans, yet the overwhelming response has been positive. In fact, the clear design looks as though it may become a modern classic, with it’s simple lines and elegance.

There have also been some other kit leaks. This coming season mark’s our125th as a professional football club and no one will be surprised to know a celebration shirt is being released. Now whether this is fan only or will actually be worn by players is unclear at this time.

The anniversary jacket is

Finally, as part of this range, Puma also released a new Man City run out jacket.