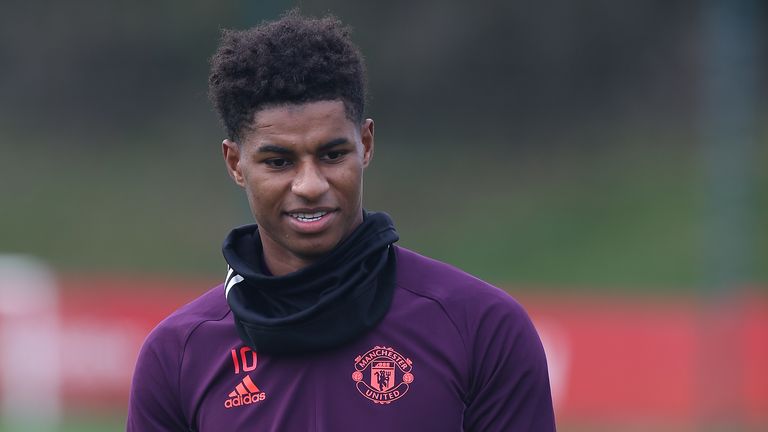 Growing up on a tough housing estate, Marcus Rashford didn’t realise other children were read bedtime stories until he saw it in movies.

As his hard-working mum Melanie toiled day and night to put food on the table, books were lower down the list of priorities.

The England star exclusively told The Sun: “I wasn’t to know that it was a normal thing for somebody to be read a bedtime story.

“It’s something I’d only seen in films. But films are films, not reality.”

It wasn’t until he was 17 that the Manchester United forward began to experience the joy of reading books which he credits with helping shape his character.

Now, fresh from inspiring a double Government U-turn on free school meals, Marcus is turning his campaigning zeal to encouraging youngsters to read by setting up his own book club.

Today he’s using the pages of The Sun to announce the Marcus Rashford Book Club which aims to get youngsters reading – especially those from vulnerable and under privileged backgrounds.

The campaigner believes that social media-obsessed young people should take breaks from their phones and try and engage with a book.

Teaming up with Macmillan Children’s Books, Marcus will help choose books that he thinks will appeal to young people while making sure children from all backgrounds are represented.

For those from underprivileged backgrounds, he’ll team up with charities to give away books for free.

And he’ll also pen two children’s fiction books aimed at the over sevens which are due to be published in 2022.

Sam Smith, Marcus’ publisher from Macmillan Children’s Books, said the company was “thrilled” and “proud” to be working with the “can do” player.

Marcus says his single mum Melanie – who worked a variety of jobs with family members sometimes relying on food banks and soup kitchens – is very much his heroine.