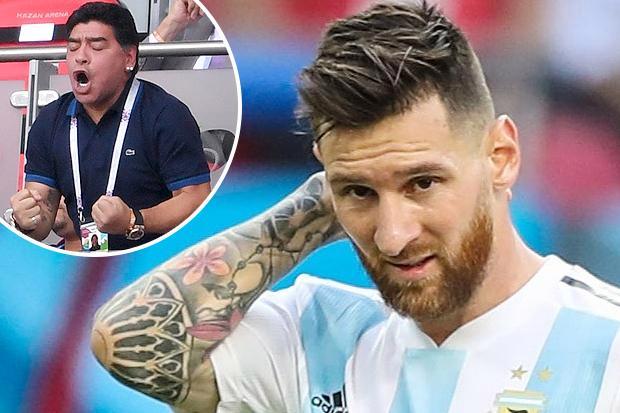 Argentina icon Diego Maradona has criticised Lionel Messi who played an ineffectual role for most of the 4-3 defeat to Argentina on Saturday, likening him to Argentine comic character Patoruzú.

“I saw him very isolated, far away from the box,” Maradona said of Messi.

“It seemed we were talking more about Patoruzú than about Lionel Messi.”

Maradona went on to condemn coach Jorge Sampaoli for his starting XI.

“It was already predicted in the build-up. We knew after we left Moscow that Pavon, Messi and Di María were the ones who were going to attack the French defense, yet I don't think they know a lot about the box, penalty spot or putting pressure on the center-backs.

“It's true because Argentina inadvertently went out to attack France but made the mistake of leaving a lot of room for Mbappe,” Maradona said.

It is not clear whether Maradona will continue to watch matches at the World Cup in Russia now that Argentina are out.

As for the future, Maradona wants a new breed of players to be trusted in his country’s next tournament which is the Copa America coming up next summer.

“We have to try to inculcate the sacred fire that at times seems to be lacking in Argentina.”