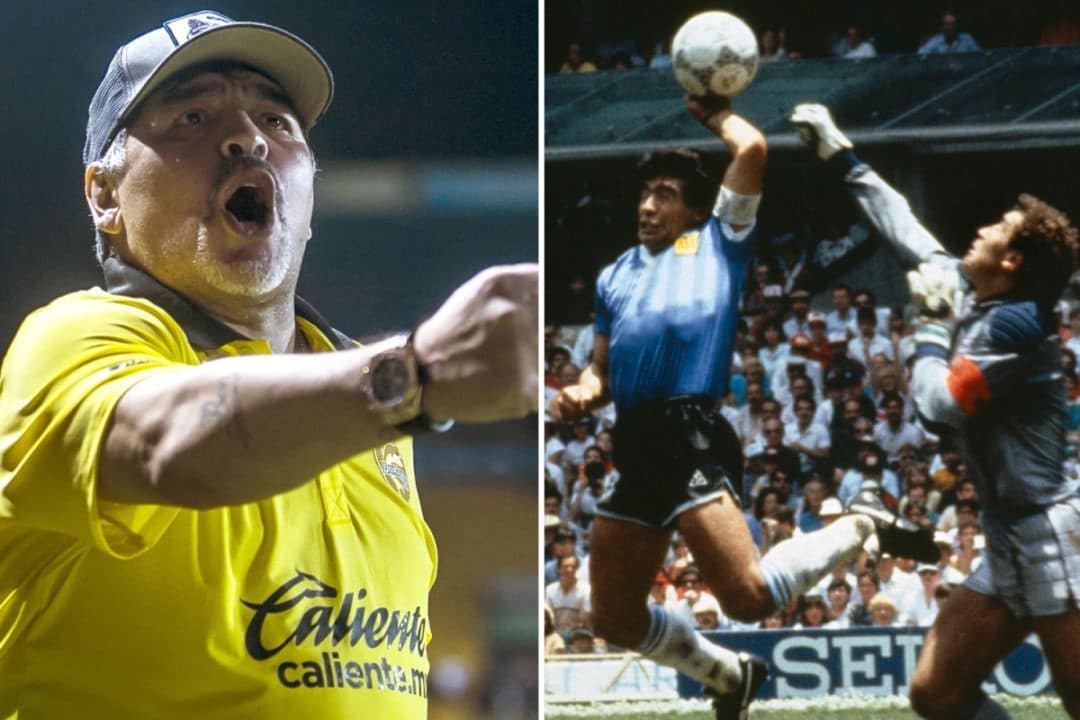 Diego Maradona has admitted how terribly he felt after his ‘Hand of God’ goal at the 1986 World Cup.

The legendary No10  infamous punch past Peter Shilton is still one of the most, if not the most, controversial moments in footballing history.

Officials missed Maradona getting his hand to the ball first ahead of 6ft England goalkeeper Shilton.

As the No10 shamelessly wield away celebrating, even his international colleagues were left bemused by what had happened.

In an interview with programme ‘Detras de Escena’ (Behind the Scene) broadcast by Argentine streaming platform AFA Play, Maradona has revealed the full truth to what went on in the moments surrounding the goal.

Maradona said: “I was looking for a wall because the English were rocks. Fenwick, Butcher… All the defenders were huge.

“In those days we did not play in the back. When you did, the goalkeeper would continue the play so when I saw the ball going up and up and up. I thought ‘I am never going to reach it. Please come down.’

“Then I got an idea, to put my hand and my head in. I came down and (former Nottingham Forest goalkeeper Peter) Shilton did not know where the ball was.

“I looked back and I saw it was in the net. I start yelling ‘goal, goal!’ Then (former River Plate midfielder Sergio Batista) ‘Checho ‘, the dumba***, told me ‘but you scored it with your hand’.

“I told him ‘Shut up idiot and give me a hug!’ Then everyone started hugging me. (Former Real Madrid superstar Jorge) Valdano then told me ‘Don’t tell me you scored it with your hand.’

I just told him: “I will tell you later Valdano. Stop busting my balls.”

England, managed by Sir Bobby Robson at the time, still hold that grudge against Maradona.