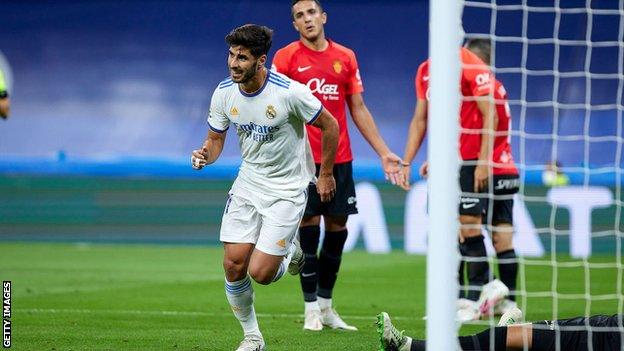 Marco Asensio scored his first hat-trick for Real Madrid on Wednesday against Mallorca, his boyhood club, as Madrid cruised to a 6-1 win to go top of La Liga.

Karim Benzema capitalised on an early Mallorca mistake at the Santiago Bernabeu before three goals in five minutes put Madrid 3-1 ahead, two Asensio strikes coming either side of a curling effort from Mallorca's Lee Kang-in.

Asensio completed his treble with a bending shot of his own in the second half and went off to a standing ovation, leaving Benzema to add his second and Isco to tap in Madrid's sixth late on.

Benzema's second goal was his 200th in La Liga, making him only the 10th player to reach the milestone.

Victory lifts Real Madrid two points clear of Atletico at the top of La Liga, with Sevilla up to third after they had earlier eased past Valencia 3-1.