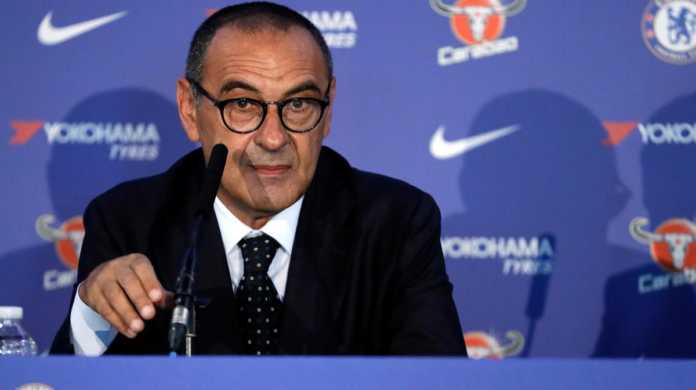 Maurizio Sarri have asked that Chelsea signs Napoli defender Elseid Hysaj once the Blues have wrapped up a deal for Gonzalo Higuain, according to a report in England.

According to The Daily Mirror, the Chelsea FC manager is eager to sign the 24-year-old to replace Spanish veteran Cesar Azpilicueta at full-back.

The same source claims that Sarri sees Hysaj as an ideal replacement for Azpilicueta as the 60-year-old looks to leave his mark on the Chelsea FC squad.

The Italian coach worked with the Albania international during his three seasons in charge of Napoli and Sarri helped Hysaj blossom into one of Serie A's top full-backs.

While Hysaj has fallen out-of-favour under Carlo Ancelotti, the story goes on to say that the Italian side would still ask for a transfer fee of about £45m.

The Napoli left-back made 43 appearances under Sarri at Napoli last season before the Italian manager replaced his compatriot Antonio Conte at Stamford Bridge in the summer.

Azpilicueta was shoddily exposed in Chelsea's 2-0 loss to the Gunners at The Emirates last weekend after first-half goals from Alexandre Lacazette and Laurent Koscielny.

Chelsea are currently fourth placed and a sheer three points ahead of Arsenal and Manchester United in the race to secure the final Champions League qualification spot.