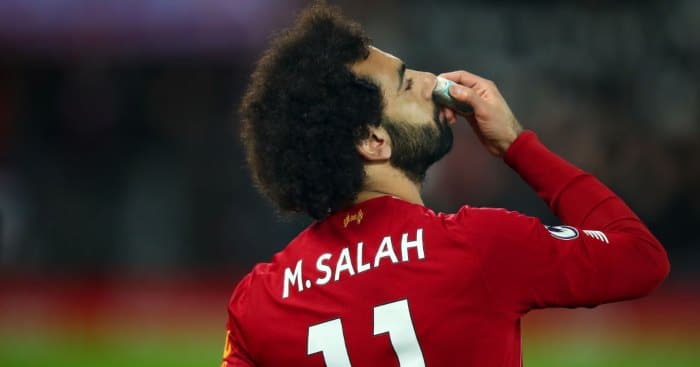 Salah scored his fourth goal in his last four league appearances as the Reds survived a scare to win 3-2.

However, on Monday Night Football, club legend Jamie Carragher suggested he isn’t quite as loved by Liverpool fans as you’d expect.

“I think Mo Salah is seen as world-class by those on the outside, but with Liverpool fans, I think he is a little bit under-appreciated,” Carragher said on Sky Sports.

“Speaking to Liverpool fans and looking at social media, I think Liverpool have got six world-class players. I think they have the goalkeeper [Alisson Becker], Trent Alexander-Arnold, Virgil van Dijk, Sadio Mané, Roberto Firmino and Salah.

“I think if you asked Liverpool fans whether they would take big money for the other five, they would all say no, no matter what the money. There is no way they would sell Alisson or Van Dijk. But if you offered them £130m for Salah, they would think about it. That is why I say he is under-appreciated.”

“I said 18 months ago I thought Mo Salah would leave Liverpool.

“I think there's a feeling that he wants to go and play at Real Madrid, he'll go to Barcelona – he'll take the big move.

Could Salah actually be using Liverpool potentially as a stepping stone for his career?

He has aspirations to be [at a club like Madrid or Barça]. Let's be honest, Real Madrid and Barcelona for a lot of players are the pinnacle.