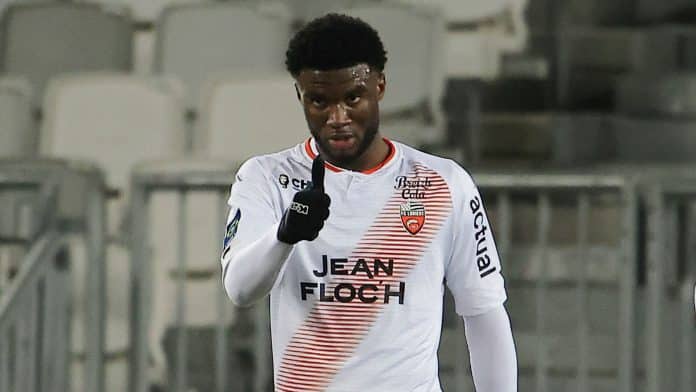 Nigerian forward Terem Moffi is not interested in a move to Premier League club West Ham and wants a transfer that will keep him in the French Ligue 1.

According to the Daily Express, the Nigerian would prefer a move to Nice, rather than to the London Stadium.

The Hammers submitted an opening £20m bid plus add-ons for the Lorient striker after already signing Danny Ings. However, the French club hasn't given a response yet.

Meanwhile, David Moyes’ West Ham have been short of ideas in front of goal this season, netting just 17 goals in 20 games, a record that has seen them fall to just a point above the  relegation zone.

But Daily Express journalist Ryan Taylor believes the 23-year-old Terem Moffi will like to stay in Ligue 1 this winter, with a move to Nice his preferred destination.

“From what I’m told on Moffi, he’s not actually too keen on joining West Ham,” he told GiveMeSport.

“He’s quite happy at Lorient and if he was to move, he’d be open to joining Nice more so than West Ham – although he is interested in a Premier League move.”

The Nigerian international has scored an impressive 12 goals in 17 Ligue 1 starts for Lorient, with only French star Kylian Mbappe ahead of him in goals in Ligue 1 with 13.

It remains to be seen if Moyes can convince the forward to make the move the Hammers fans and board desperately need.