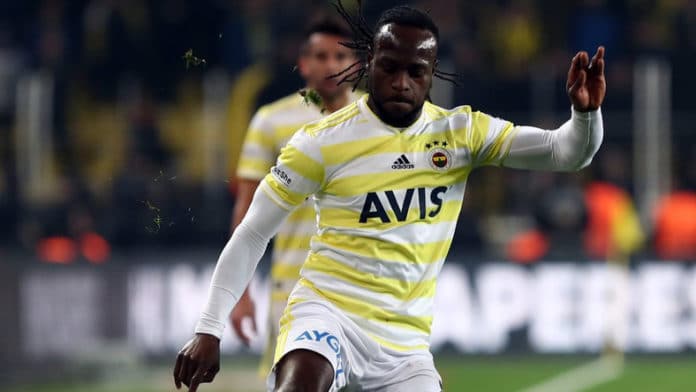 Victor Moses nailed in the winning goal in Fenerbahce's 3 – 2 comeback win over 10- man Rizerspor in an intense Turkish Super Lig game at the Sukru Saracoglu stadium on Saturday.

The Former Super Eagles winger who played all through the game scored an 84th-minute penalty in the game to hand the host the maximum three points in a keenly contested fixture.

Rizerspor took the lead as early as the 4th minute through Dario Melnjak while Sedar Aziz equalized for the home side in the 22nd minute.

The Turkish giants ensured they went into the break with the lead courtesy of Roberto Soldado in the 40th minute before Dario Melnjak scored his second in the 55th minute.

The match took a wrong turn for the visitors after Mykola Morozyuk was sent off in the 42nd minute due to a second yellow card offence which ensured the visitors finished the game with 10 men.

“Massive win today absolutely buzzing. Great character again from the lads and thanks to our fans who were incredible throughout the whole 90 minutes!”.

The Nigerian international has scored twice for Fenerbahce in eight appearances in all competitions since joining the team in the January transfer window.