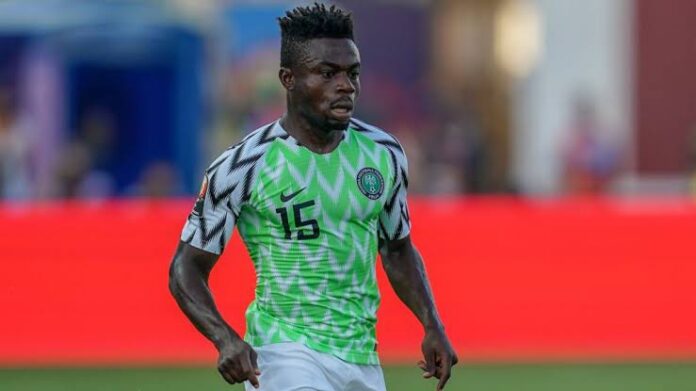 Super Eagles winger and Nantes' player of the month of September, Moses Simon, has revealed his secret to why he's an attacking sensation for The Canaries in the French Ligue1.

The 26-year old winger who has mostly thrived defensively under Gernot Rohr in the Super Eagles is seen as a linchpin for Nantes so much so that Coach Antoine Kombouare says he wondered how The Canaries will cope when the Nigerian forward goes to AFCON next year.

However, what many Nigerians have observed about Moses is the appreciable degree of freedom he enjoys while player for his French club, given that he dribbles, scores and assists but have been unable to replicate such feat for the Super Eagles.

In a chat with owngoalnigeria, Simon said: “The setup is different. At Nantes, I have little defensive responsibility but with the Super Eagles I am required to first of all help out in defence.”

“I'm comfortable playing anywhere for the good of the team but like every player will tell you performance level increases when you play unrestricted,” Simon said.