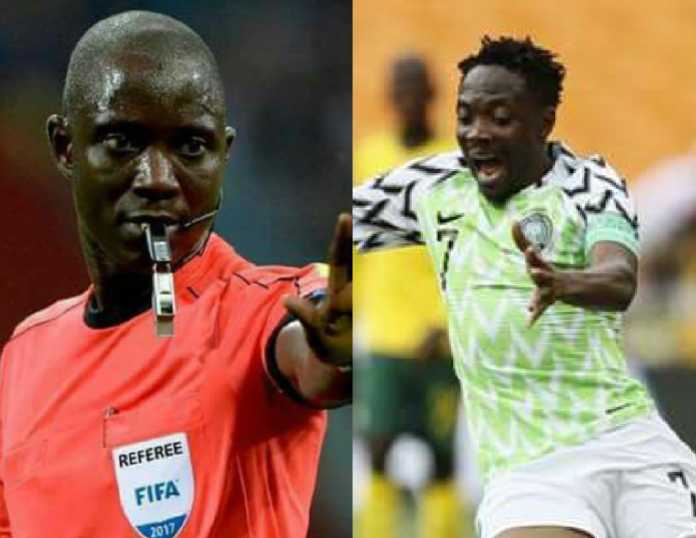 Ahmed Musa says he has forgiven Gambian referee, Bakary Gassama after his errors cost the Super Eagles two goals, and a win in last Saturday's 2019 Africa Cup of Nations qualifying clash against the Bafana Bafana of South Africa.

Gassama and his assistants chalked off two Nigeria goals for offside but replays showed otherwise.

In the first half of the encounter, Musa thought he had assisted a Kelechi Iheanacho goal but saw it flagged for offside while the Nigeria winger, with few minutes left in the tie, ran onto Alex Iwobi's incisive pass to score what would have been the winner in a 1-1 game, but again was met by the Gambian official's disapproval.

After the clash at the FNB Stadium in Johannesburg, the Al Nassr man took to the social media to question the calls, also poking at CAF.

The referee apologised to the Super Eagles skipper and Nigeria for the mistakes and the forward has waved off the incidents, stressing that their qualification for AFCON has made up for the unpopular decisions.

“I will say that it was good that he realised his mistakes and apologised for his action and it is past tense for me,” Musa told reporters in Asaba ahead of the Eagles' friendly encounter against the Cranes of Uganda.