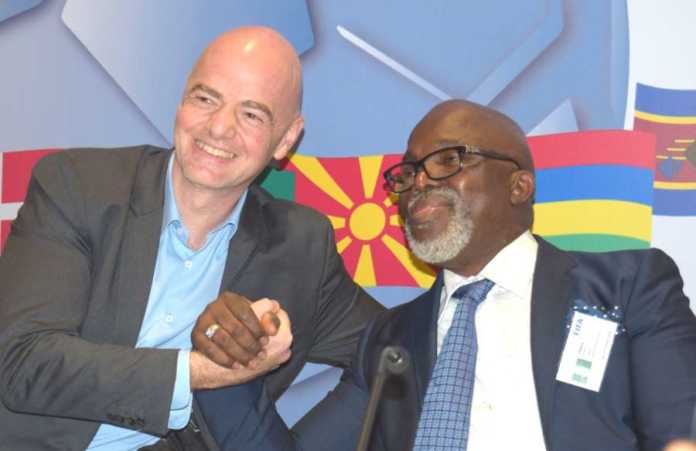 President of the Nigeria Football Federation, (NFF) Amaju Melvin Pinnick, insisted during the weekend that the Football Leaks from persons who hacked into the official and private emails of FIFA's top officials were nothing more than hopeless and weak documents that are not capable of doing any substantial damage to the administration of football at the global level.

A report from the Football Leaks had last week alleged that FIFA reached an agreement with both Manchester City and Paris Saint-Germain when they were in breach of the Financial Fair Play regulations.

Pinnick, who is CAF's 1st Vice President, said the NFF and the continental body remain loyal to the Gianni Infantino led FIFA and is not moved by such football leaks.

Pinnick further insisted that the commitment of Mr. Infantino and the FIFA Administration to projects and programmes that impact positively on the game worldwide is more important than whatever the disgruntled leakers can put in the public sphere.

“Today, there are six female members of the FIFA Council and 39 women in the Council and different committees. The FIFA Administration is composed of 45% women and is headed by a glorious and highly-qualified African in Ms. Fatma Samoura,” Pinnick observed.