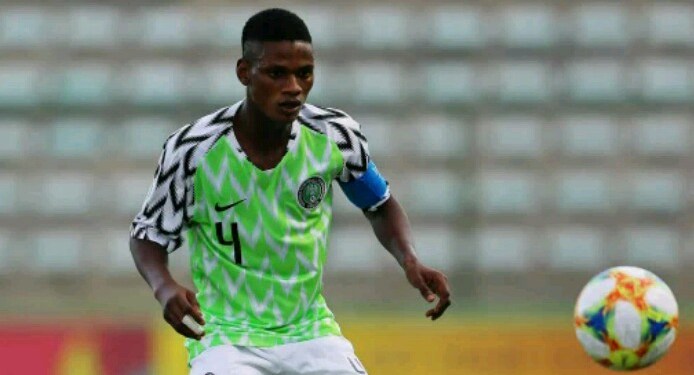 Golden Eaglets captain, Samson Tijani has agreed to join for FC Red Bull Salzburg, thereby putting an end to speculation over his future.

The player was targetted by some of the European top sides, but Tijani and his representatives had to agree on a deal with the Austrian giants because of the strong development program for youths.

Among the clubs reportedly interested in getting the signature of the Nigeria U17 captain are Belgian side Club Brugge and Danish Superliga team Aarhus.

The all-round action midfielder penned a five-year deal with Red Bull Salzburg which will start running from June 2020 when he would have been more than seventeen years old and expires at the end of the 2024-2025 season.

Tijani will now join the likes of Jérôme Onguéné from Cameroon, Majeed Ashimeru from Ghana, Patson Daka and Enock Mwepu from Zambia, Sékou Koïta and Mohamed Camara from Mali and finally the Nigerian-German striker Karim Adeyemi who are all signees of the club.