Two of the Africa Cup of Nations’ hotshots in Nigeria and Egypt set the ball rolling in Group D of the competition and a preview of the heavyweight contest can be found in this Nigeria vs Egypt prediction post.

Our Top Nigeria vs Egypt prediction

The Nigeria vs Egypt odds have been released and every indication points to a keenly-contested affair. Egypt boast the continent’s best player at the moment but Nigeria have a more well-rounded team overall so we are tipping them to carry the day.

Nigeria and Egypt battle it out for early supremacy at the Stade Omnisport Roumde Adjia on Tuesday. 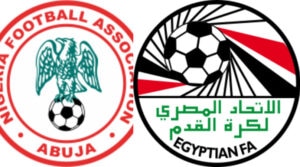 After missing out on two of the last three AFCON tournaments, Nigeria confirmed their place at this year’s event in style following an unbeaten qualifying campaign where they amassed 14 points to finish top of Group L.

The Super Eagles, who crashed out to eventual winners Algeria in the semifinal three years ago, go in search of a fourth continental crown in Cameroon.

Having only just taken over few weeks to the competition, it will be interesting to see how new manager Augustine Eguavoen fares in the dugout.

Nigeria take on Sudan and Guinea-Bissau in the other group fixtures but Tuesday’s game is clearly the toughest of the lot.

Nigeria will be without the services of 2019 top scorer Odion Ighalo as well as Emmanuel Denis who were both not released by their club sides.

William Troost-Ekong and Abdullahi Shehu have also had to withdraw from the squad through injury and have subsequently been replaced by Semi Ajayi respectively.

Egypt were underwhelming in the 2019 edition of Africa’s biggest football competition which they hosted and exited in the last 16.

Carlos Queiroz’s men wasted no time in securing a spot at this year’s event, doing so with two games left to play in Group F of the qualifiers.

No team in the entire continent has enjoyed more success at this level than the Pharaohs who have seven titles to their name.

However, Egypt’s last triumph came back in 2010 and the North Africans will be keen to put an end to a 12-year drought.

Star man Mohamed Salah has been on fire for Liverpool in the Premier League where has found the back of the net 16 times.

Mahmoud Trezeguet has only just returned from a spell on the sidelines but the Aston Villa winger has made the cut nonetheless.

Down below are the Nigeria vs Egypt odds for possible match outcomes:

Nigeria did come out on top in the most  recent encounter between the teams but that was their first victory in seven meetings since 1994.