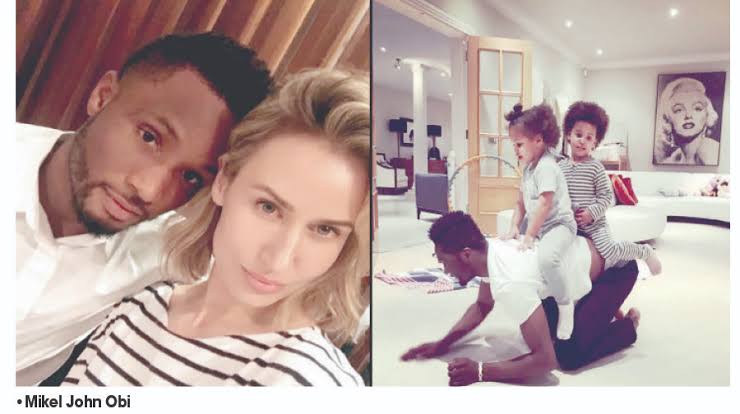 Mikel Obi’s long-time partner, Olga Diyachenko has slammed online followers for wishing her to separate from the football star.

Recent reports indicate the former Super Eagles captain may quit Turkish club Trabzonspor, whom he joined in July, over family issues, with claims that Olga, who didn’t like Turkey, threatened to quit the relationship if he remained at the club.

According to the Punch, Olga on her Instagram handle received several messages saying she was not supportive of her man’s career.

An Instagram user @esigab202 wrote, “But this is crazy, you aren’t happy that your husband moved to Turkey, what if he really listens to you, will you be able to pay his wages? I don’t think you really love Mikel, you are just pretending because of your kids.”

Another user @b_4bimz wrote, “You don’t want your boyfriend to move to where he is making money? Will u pay him the salary or are you even working to support him? Please don’t disturb our son.”

Reacting to the online messages, Diyachenko slammed her Nigerian followers for wanting to see her family separated.

“What is most shocking is how many of you are so happy, I would even say ecstatic to read the “news.” I mean you guys counted how much money I’d get, he would get and how would child support work out.

“You warned him not to marry a white woman. These say a lot about the majority of mine and Mikel’s followers, hate liking is your full-time job.

“Looks like most of you are only happy when you hear that someone else isn’t doing well. Well done! You guys are real winners in life.

“I’m not even going to comment because as it is too belittling, but thanks for expressing how most of you truly feel about our family.”

Mikel and Olga have a set of twin daughters together.