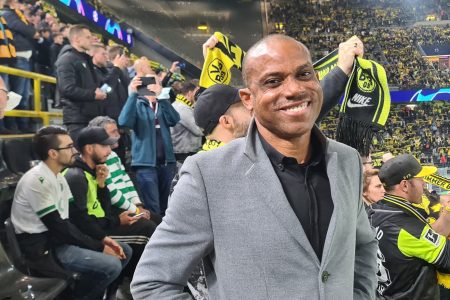 For the first time in their history and the history of the continent, Morocco defeated Portugal 1-0 to book a place in the Cup's semi-final against France.

The Atlas Lions topped Group F, finishing ahead of Belgium, Croatia and Canada, to qualify for the knockout stages of the competition. They surprisingly defeated 2010 champions Spain in the round of 16 stage, beating them 3-0 in a penalty shootout.

While speaking prior to Morocco’s 2-0 defeat at the hands of France, Oliseh called this the greatest tournament for Africa as each team that represented the continent won at least a game.

“As far as Africa is concerned, this is the greatest tournament my (Africa) continent has ever had, not only because we have an African and an Arab nation in the semi-finals for the first time, but because every African team that has come here has won one game at least,” Oliseh said in a FIFA Technical Study Group press conference.

Senegal in Group A defeated Qatar and Ecuador, Cameroon edged Brazil by a lone goal after playing out an enthralling 3-3 draw with Serbia, Tunisia also beat France 1-0 while Ghana were also 3-2 winners over South Korea.

“Senegal got to the second round and played very well despite missing their best players,” he added.

He also heaped praises on Morocco for how far they have performed in the tournament.

“Morocco have made the most of their compact defence and the whole team work so hard without the ball.

“Sofiane Amrabat has also done a fantastic job in plugging the gaps. And when they go into defensive mode, they have triangles everywhere. Playing with triangles makes it difficult for opposition players to play a pass and break the lines without being crowded out. And how has that worked out for Morocco? They have only conceded one goal, which wasn’t scored by the opposition but by themselves.”

“Look, we’ve had great players play in the European League. In fact, we are the ones and the South Americans and Europeans; we are the ones that have made football in the Champions League what it is. The variety, the beauty that comes with it, you know and now the Arab world has joined in, which is also great,” Oliseh added.