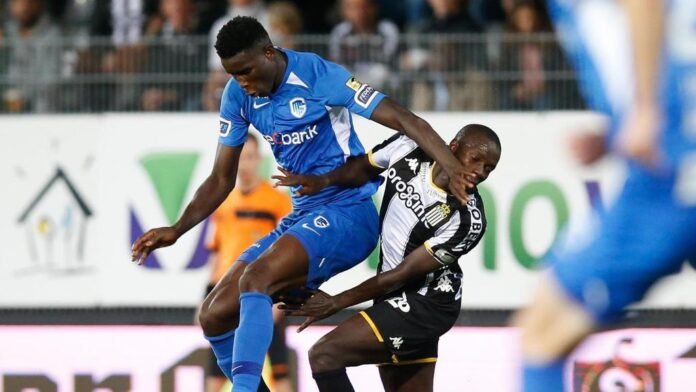 Super Eagles striker, Paul Onuachu has made a startling revelation on his struggle to life at Genk in the Belgian League this season.

He was was the leading man for his side Genk, scoring a hattrick in their 3-0 win over RFC Seraing 3-0 in the Belgian Pro League on Sunday, September 26, 2021.

Onuachu has scored eleven goals in all competitions for KRC this term, nine of which he hit in the FDA, one in the Champions League before Genk exited the tournament and the other in the Europa League.

However, in an interview with HLN, the Nigerian international stated that he endured a poor start to the 2021-2022 campaign due to the disappointment from the summer transfer window.

“I can’t do anything anymore. I was convinced that I could make a nice transfer, but the football world is not always fair. And many clubs are struggling financially due to the pandemic. I had to turn the switch quickly,” he told HLN.

“I wasn’t completely myself, that’s right. I was pissed, but that had nothing to do with Racing Genk. I wasn’t looking for excuses not to have to play.

‘Onuachu is giving less because he is thinking about a transfer?, that is something they will never be able to say about me.”