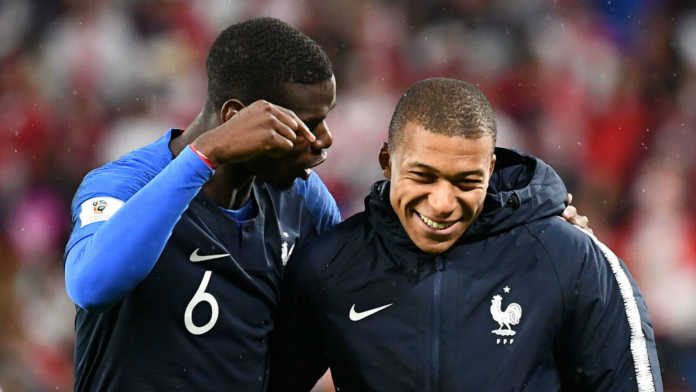 Paul Pogba is prepared to kick-start the new domestic season with a brand new haircut that reflects his truly historic summer of international football. After helping drive France to a second World Cup triumph at the World Cup in Russia, the 25-year-old has gone and had Les Bleus' two stars painted onto the back of his head. In rather unconventional fashion, the Manchester United midfielder appears to have produced a movie-style trailer for his latest haircut, which he as expected shared on Instagram.

“Back home with the two stars,” Pogba wrote.

Of course, Pogba leaves himself open to yet more criticism of his showy appearance, but it you can't celebrate winning a World Cup then, frankly, when are you allowed to celebrate?