Things are looking good for Pogba and once again he was at his majestic best as he scored two times in a 3-1 win over David Wagner's side. 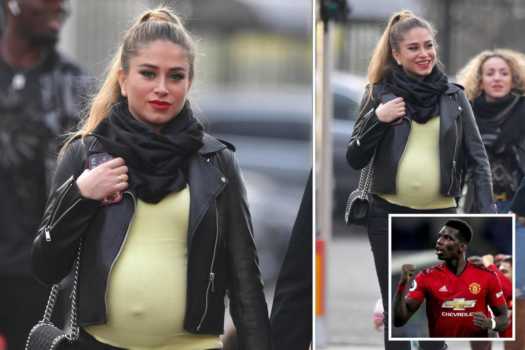 Salaues, 23, wore a black leather jacket with a yellow top and had her baby bump out on display for all to see as she watched Pogba from the stands.

Back in October, the newlyweds made the announcement that they were expecting a child in spring, although no definite time has been given by Pogba and Salaue on when she will give birth. 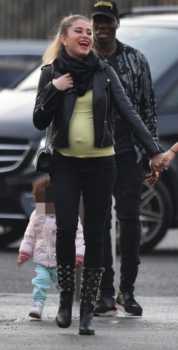 Pogba will aim to continue his fine form under the Solskjaer regime when Bournemouth visit Old Trafford on Saturday.

Solskjaer, who previously worked with Pogba when he managed United's reserves, was asked about the smile that had been seen on the Frenchman's face and said: “That's the Paul I know, the Paul I have known since he was in the reserves and in the youth team.

“Paul loves playing for this club. He's a Man United boy through and through. He's a kid that knows what it means to play for Man United.”