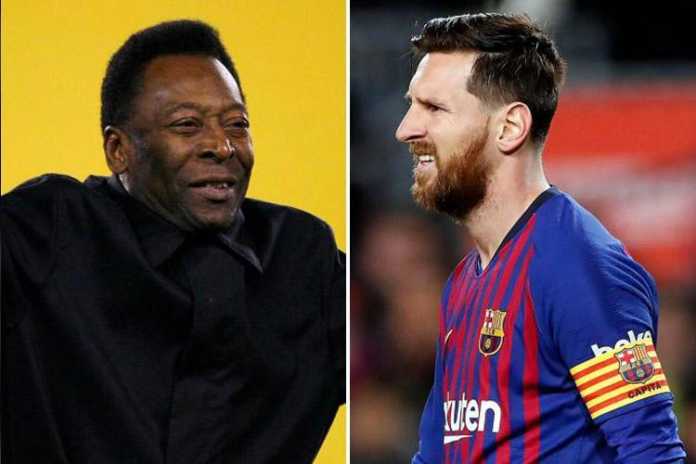 Football legend, Pele has declared that Lionel Messi ‘can't compare' to him – and slammed the Barcelona megastar for having just one attribute to his game: being one footed.

The Brazil icon said the five-time Ballon d'Or winner's inability to head the ball means he was a better player.

“You will ask me: ‘Was Maradona better than Messi?'” he added.

The Brazil hero had earlier this year said he believes Neymar is a better player than both Messi and long-term rival Cristiano Ronaldo.

SEE WHAT EVERYONE IS WATCHING