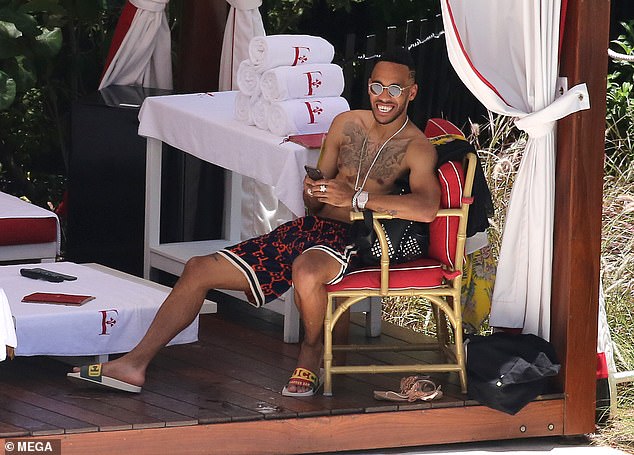 Pierre-Emerick Aubameyang has celebrated his 30th birthday in Florida on Tuesday.

The Arsenal star was joined by French girlfriend Alysha Behague and their young sons Curtys and Pierre Aubameyang while soaking up the sun on Miami Beach. 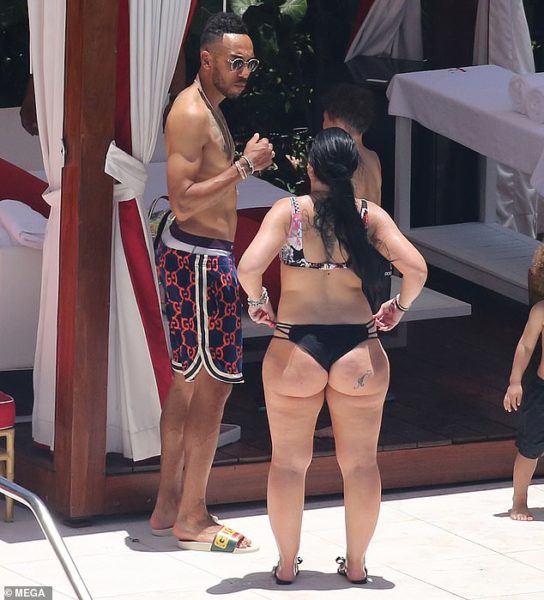 Donning a mismatched two-piece bikini, Aubameyang wife Alysha Behague, flaunted her curves as the family made their latest appearance on America's Gulf Coast. 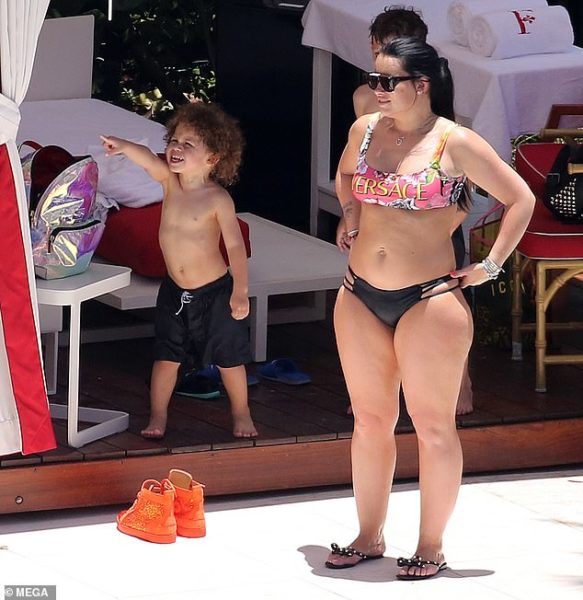 The 32-year old has been with the Gabonese striker since his early playing days with French side St. Etienne, and she was on hand to help him celebrate his milestone during their pre-season break. 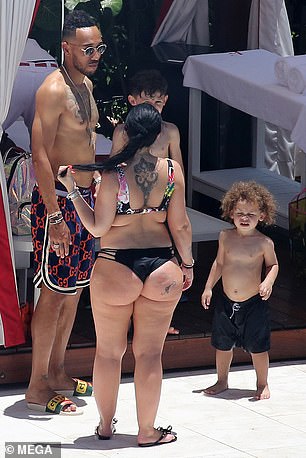 Relaxing close to a shaded sun-lounger, Aubameyang showed off his many chest tattoos while chatting to his lover as their children played close by. Known for his flashy sense of style, the talented footballer was already an engaging sight thanks to his vibrant red and blue check shorts and colourful flip-flops. 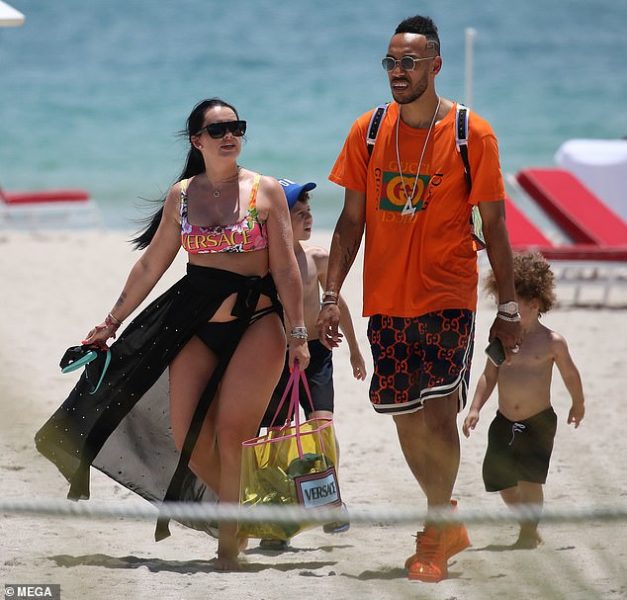 Aubameyang is estimated to be earning £190,000 a week with Arsenal.