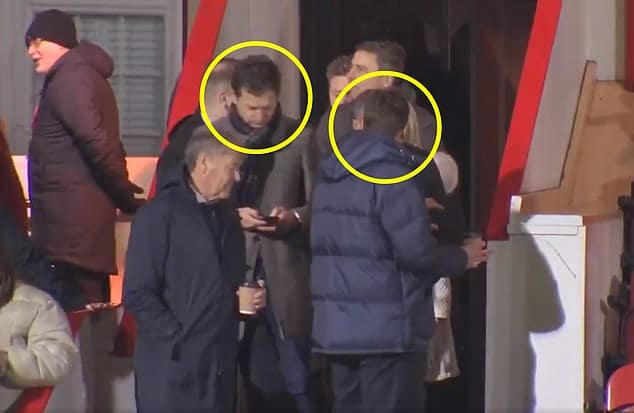 Mauricio Pochettino has been spotted with Man Utd chief Ed Woodward’s PR advisor and it has unsurprisingly caused a stir.

Though some say It may well have been a chance meeting, what do you say?

Pochettino is still out of work after being sacked by Tottenham earlier this season, and he will no doubt be keeping a close eye on the landscape in England as he awaits his next job offer.

However, talk of the Argentine tactician taking the Man Utd job will seemingly now do the rounds again, as The Sun say he was spotted with Neil Ashton, who is now Woodward’s new PR advisor.

Having been appointed as a consultant by the United chief last month, it’s perhaps more than a coincidence that he’s run into Pochettino on a Tuesday night in Brentford.

The pair don’t appear to engage in the clip and they surely wouldn’t be so naive to be spotted together knowing the rumours that it would start.

Should Ole Gunnar Solskjaer be worried by this? The speculation will surely make this a talking point again!