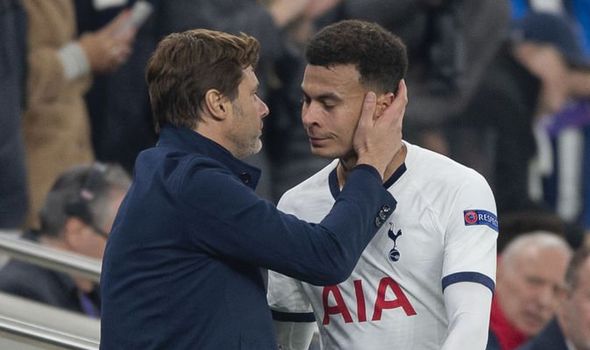 Dele Alli has been told to find a way out of Tottenham – and Manchester United could possibly benefit.

This is the view of talkSPORT host Adrian Durham, who believes Spurs manager Jose Mourinho has ‘broken Alli’s football heart’ throughout his tenure in charge at White Hart Lane.

His situation at the north London club has not improved, however, and rumours are once again suggesting a possible move away from Tottenham when the transfer window reopens in January.

And Durham has urged Alli to get out as soon as possible to ensure the England international doesn’t waste his incredible talent.

The Drivetime host even suggested a possible transfer for the 24-year-old, touting a move to Old Trafford if former Spurs boss Mauricio Pochettino replaces the under-fire Ole Gunnar Solskjaer as Manchester United manager!

“Now has come the time to break the ties with Tottenham Hotspur and move on for a different challenge, wherever that may be,” began Durham.

“If there is a vacancy at Man United and Pochettino gets the job, I can see him taking Dele Alli there and revitalising him.

“Whether that is abroad or to another Premier League club – whatever it is – clearly Mourinho doesn’t want him, so he won’t care where he goes.”

October 9, 2022
November 7, 2020
Home Football News Pochettino To Take Dele Alli With Him As He Replaces Solskjaer As...