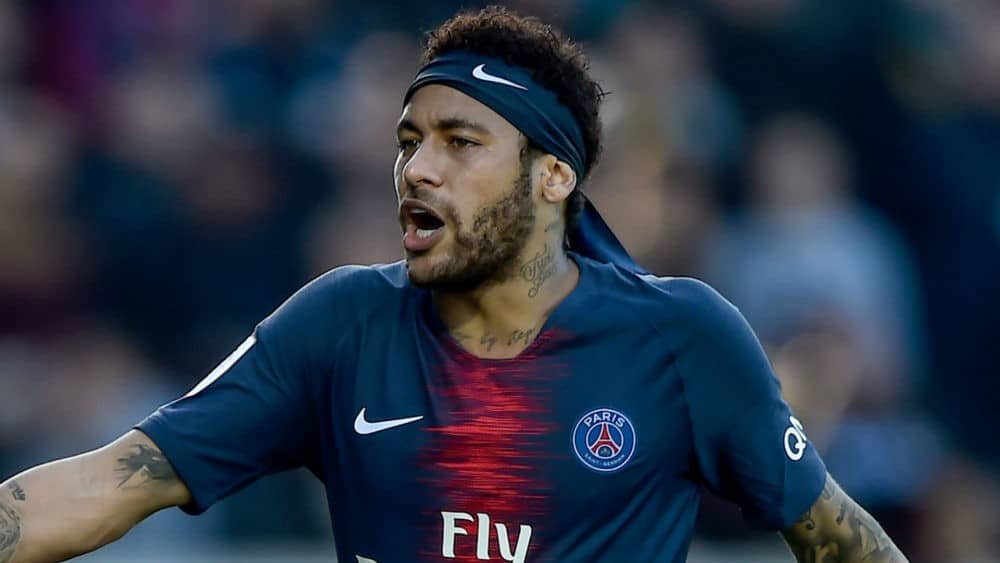 Neymar is desperate to move away from the French capital this summer, two years after joining from Barcelona for €220m.

The 27-year-old is craved by both Barcelona and Real Madrid but will have to cough up a world record free.

And now, Paris Saint-Germain have reportedly slapped a €300million price tag on Neymar.

His former club, and rivals Real Madrid, who both want to lure the Brazil forward to La Liga –  could be disturbed by his club's valuation.

As per reports in France, Thomas Tuchel's side will settle for nothing less than a new world record fee.

Both Real and Barcelona could attempt to bypass that by making a cash-plus-player offer.

The Madrid giants are believed to be prepared to let either Gareth Bale or James Rodriguez move in the opposite direction while Philippe Coutinho could be used as a makeweight by the Nou Camp club.

Neymar's exit from PSG has been accelerated by an interview given by the club's president.

Nasser Al-Khelaifi told France Football: “Nobody forced him [Neymar] to sign here. Nobody pushed him to. He came with a full understanding of the cause to sign up to a project.”