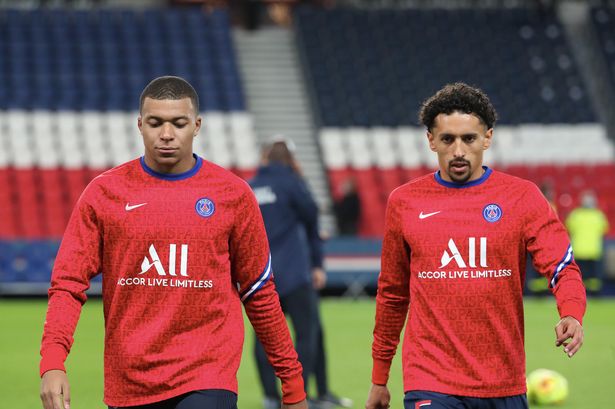 Paris Saint-Germain ‘may only have 11 players’ for Manchester United clash with eight key men on shocking injury list and there are so many subplots in the trip on Tuesday night.

Talk about PSG’s record goalscorer, Edinson Cavani, potentially making his Man United debut against the club who shunned him?

You could even focus on Paul Pogba potentially auditioning for the French champions, if you really wanted to.

Speaking ahead of the 4-0 victory at Nimes, Thomas Tuchel said: “We have to take responsibility for Neymar and Kylian [Mbappe], who played almost 90 minutes yesterday, and the South Americans who have travelled a lot.

That’s because the French champions have been terribly affected by both injuries and COVID cases.

Mauro Icardi, Juan Bernat and Thilo Kehrer will all sit out due to injury, while Marquinhos, Marco Verratti, Julian Draxler and Danilo Pereira are major doubts after missing Friday’s victory over Nimes.

Meanwhile, Leandro Paredes could be out after suffering an injury against Nimes.

Nonetheless, PSG’s big strength lies in attack, and the French champions still have the world’s two most expensive players, Kylian Mbappe and Neymar, available to them.