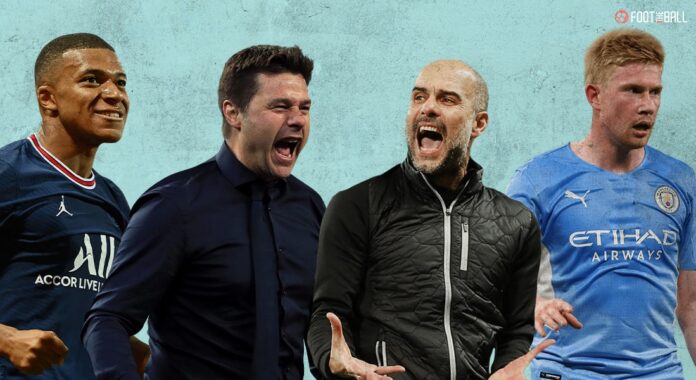 French giants Paris Saint-Germain and English champions Manchester City will be eager to get their hands on the coveted Champions League trophy since they have yet to add European silverware to their illustrious domestic cabinet despite all their riches.

PSG finally put the dream trio of Lionel Messi, Kylian Mbappe, and Neymar on the field together for the first time in their Champions League opening game against Club Brugge.

The Citizens, meanwhile, are brimming with confidence and are coming on the back of a 1-0 win over title rivals Chelsea on Saturday, with Gabriel Jesus’ diverted effort proving to be the ultimate decider.

Despite an underwhelming start to their campaign, the Citizens are well back on track to contend on all frontiers and started their Champions League campaign in a dominating fashion, thrashing RB Leipzig 6-3 at Etihad.