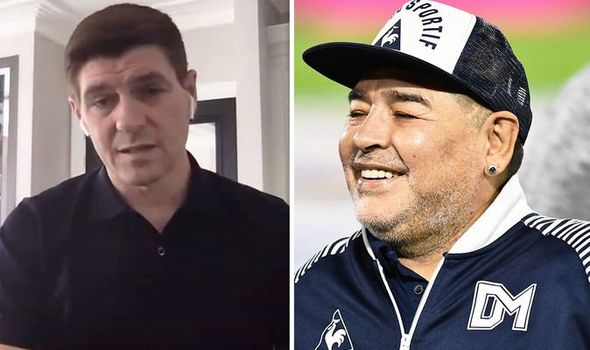 Rangers boss Steven Gerrard has joked Diego Maradona is after his job after receiving a direct message from the legend earlier this week.

Gerrard named the Argentina great as one of the six players that made him fall in love with football on his Instagram account.

And after tagging Maradona in the post on his story, the 59-year-old replied.

Speaking on Sky Sports' The Football Show on Thursday, Gerrard said: “I was really happy with the six I picked.

“I actually had a message yesterday and nearly passed out.

“Diego Maradona, private message on Instagram, so I was absolutely delighted to get a reply off him, yeah.”

Liverpool legend Jamie Carragher replied to Gerrard, asking: “Was he after a [job] at Rangers?”

Maradona is currently the manager of Argentine side Gimnasia.