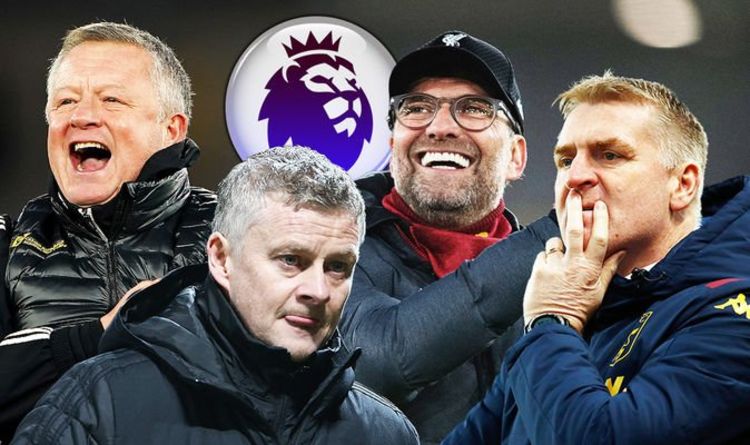 ​Ole Gunnar Solskjaer, Mikel Arteta, Sean Dyche and Chris Wilder are the February nominees on a four-strong shortlist for the latest Premier League Manager of the Month award.

It means that for only the second time this season, the prize will not go to Liverpool boss Jurgen Klopp, who has already scooped it in August, September, November, December and January.

Solskjaer, who was Manager of the Month in January 2019, lifted Manchester United out of their January funk and steered his team to three league games without defeat in February.

United also kept a clean sheet in each game they played.

Arteta’s ​Arsenal also had a strong month as the Spaniard put his stamp on the Gunners.

His team kept only their second and third clean sheets in the Premier League since Christmas in games against Burnley and Newcastle, while they also saw off a spirited Everton in a 3-2 win.

In a continuation of their January form, Dyche guided Burnley to an unbeaten month in February, making it four more games without a defeat.

The Clarets also registered three clean sheets, it has put Burnley firmly into Europa League contention for the second time in three years.

February started with a win and a clean sheet against Crystal Palace, followed by a victory against Bournemouth and a draw against Brighton to underline their own European claim.

Fans are able to vote for the winner on the Premier League website.

The six nominees for Premier League Player of the Month have ​also been revealed.