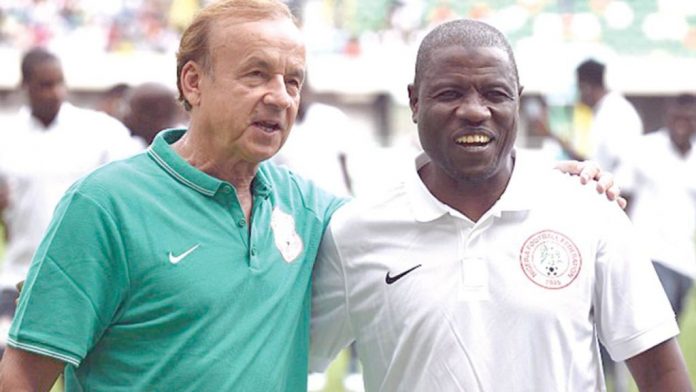 Suspended Super Eagles Coach, Salisu Yusuf, is likely to resume with his boss Gernot Rohr when the latter begins the another term of his contract.

According to reports emanating from the Nigeria Football Federation headquarters, the Franco-German coach has reportedly requested the NFF to include Coach Salisu Yusuf as one of his assistants if he puts pen to paper.

Yusuf was one of Rohr’s lieutenants until he was handed a one-year ban following the infamous ‘Anas video scandal .

But GoalBall understands from impeccable sources at the NFF that the erstwhile Nigerian international is on his way back to the Super Eagles.

After serving his one year ban, Yusuf was sent by the NFF to Rangers International Football Club as Technical Adviser and Rohr is said to be interested in bringing him back.