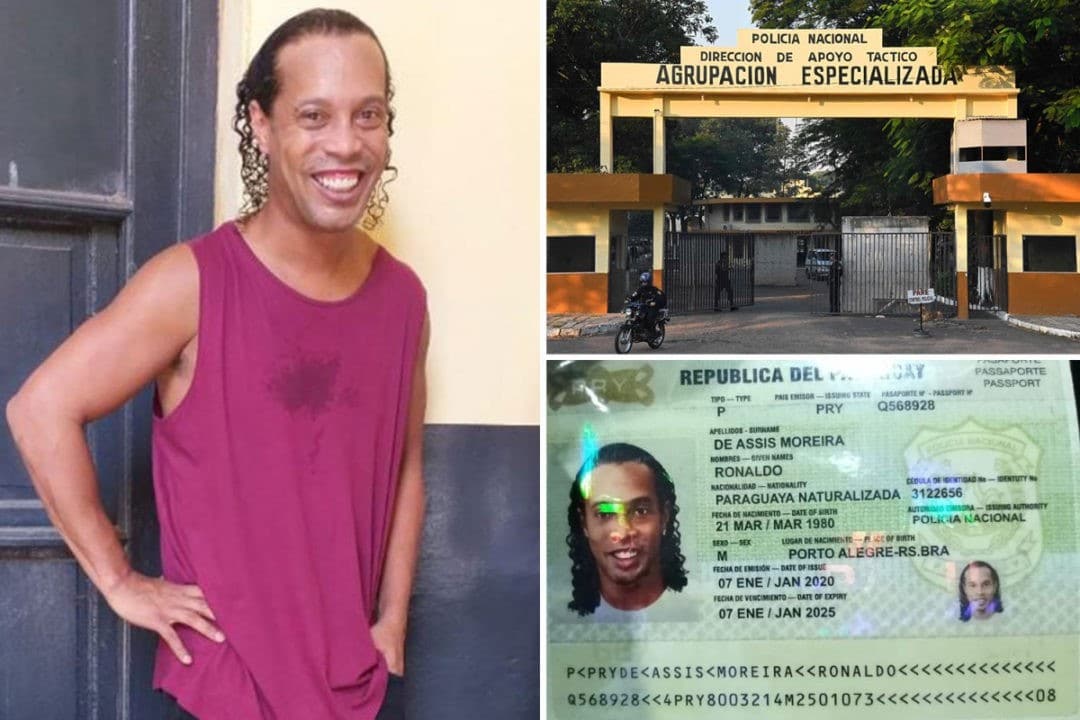 Brazilian football legend Ronaldinho has been branded “stupid” by his lawyer after being banged up for using a fake passport.

Adolfo Marin insisted the 39-year-old had no idea he was doing anything wrong by trying to enter Paraguay with an adulterated passport.

In an interview with Brazilian newspaper Folha de Sao Paulo he said: “The courts have not taken into account the fact that Ronaldinho didn’t know he was committing a crime, because he didn’t understand he had been given false documents. He is stupid.”

His bizarre comment came as Samba star’s legal team finalised an appeal against a judge’s decision to remand him in prison on Saturday while an investigation into his use of the adulterated passport continues.

The former Barcelona and AC Milan star and his brother Roberto were hauled to court after being arrested at the Sheraton Hotel in Asuncion on Friday.

They have been warned they face up to six months behind bars while the criminal probe continues.

The former footballer and his brother are claiming they were tricked.