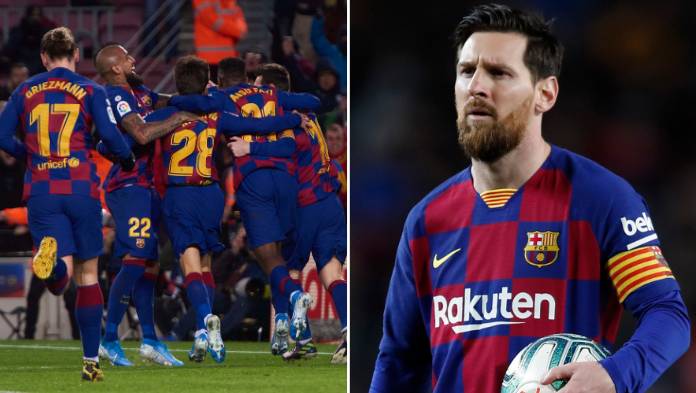 As a result of the coronavirus crisis, Barcelona have asked their players to take a 30 per cent pay cut.

But according to Spanish pundit Eduardo Inda, Lionel Messi has rejected that proposal, saying: “There are four players who accept the pay cut. They are Ter Stegen, De Jong, Lenglet, Gerard Pique and Sergi Roberto.

“Messi and Pique disagree. And they will have no choice but to lower their salary.”

Inda then claimed that Antoine Griezmann, Ousmane Dembele and Samuel Umtiti were all siding with Messi over the pay cut.

“There are three other French who have joined Messi in this war: Griezmann, Dembele and Umtiti,” he added.

“What the club is proposing is 30% to reach 20% and balance the accounts.”

The La Liga giants are starting to fear a life without Messi, knowing the Argentina international will be able to leave the Nou Camp for free at the end of the season.

City remain keen on bringing the 33-year-old to the Etihad Stadium, despite Pep Guardiola missing out earlier in the summer.