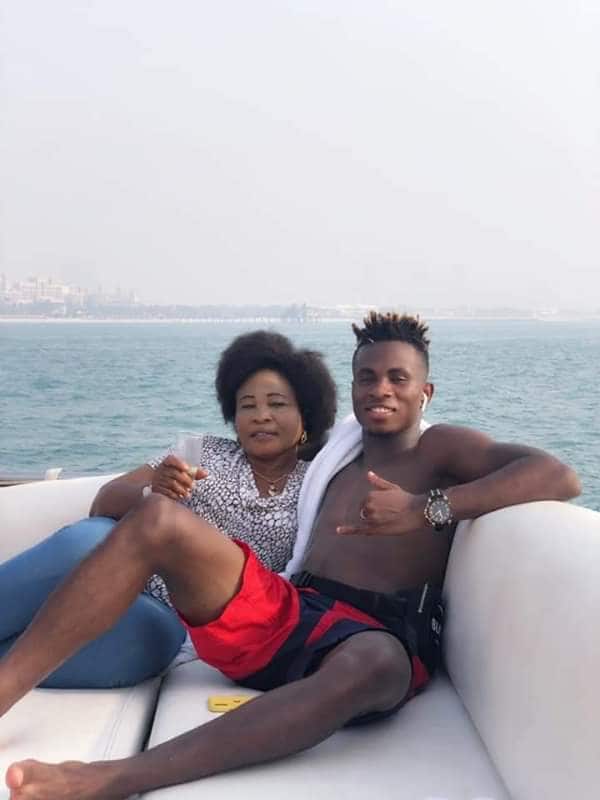 The 20-year-old Villarreal star was also part of the Nigerian team that won the bronze medal at the 2019 Africa Cup of Nations championship in Egypt.

He, however, took time out to treat his mum to an executive boat cruise while still enjoying an extended summer holiday in the United Arab Emirates.

Last season, Chukwueze scored five goals and assisted two others in 26 La Liga matches at the end of the 2018-19 season.

The Super Eagles forward was part of the Nigeria U-17 team that won the FIFA World Cup in 2017.

The Villarreal winger was listed among top 50 youngsters that are expected to blossom during the 2019-20 season.

The 20-year-old Super Eagles star was magnificent at the just-concluded 2019 Africa Cup of Nations tourney in Egypt.