Senegal and Guinea will both be looking to secure a second consecutive Africa Cup of Nations group-stage victory and a preview of the contest is provided in this Senegal vs Guinea prediction article.

Our Top Senegal vs Guinea prediction

The game promises to be an enthralling  affair with both sides heading into the contest off the back of opening-day victories. However, Senegal boast the better crop of players and we are backing them to come away with all three points come the full-time whistle.

A place in the round of 16 is up for grabs on Wednesday when Senegal and Guinea face off at the Kouekong Stadium on Thursday. 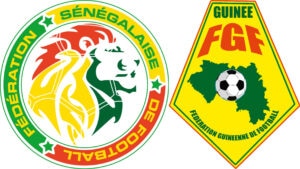 Senegal battled hard to claim a 1-0 victory over Zimbabwe in their AFCON curtain-raiser on Monday.

Aliou Cisse’s men were far from their best as we have come to expect and looked set to drop points before Sadio Mane converted a late penalty to spare his side’s blushes.

The Lions of Teranga are joint-top in Group B alongside Guinea and can take sole leadership of the group with all three points on Wednesday.

With six wins from their last seven games across all competitions, the 2019 finalists can take a step towards going one better this time by progressing into the knockout phase.

Kalidou Koulibaly, Edouard Mendy and Famara Diedhiou tested positive for COVID-19 few days before the Zimbabwe game which they all sat out.

Third choice goalkeeper Seny Dieng was handed a rare outing as a result and is set to keep his place between the sticks for this one.

Guinea got their AFCON journey off to a good start as they eased past the Flames of Malawi in a narrow 1-0 victory on Sunday.

That was the the National Elephants’ first victory in eight competitive outings since beating Mali 1-0 back in March.

Skipper Naby Keita prepares to take on his Liverpool teammate Sadio Mane with both men set to play crucial roles for their respective sides.

Ibrahima Cisse came off as a half-time substitute for Agibou Camara against Malawui and the 27-year-old could be given the nod to feature right from the off this time.

The Senegal vs Guinea odds for all three possible match outcomes are as follows:

Guinea have held their own in this fixture of late, winning two of the last four meetings but have a poor record overall as they have lost eight of 12 encounters.