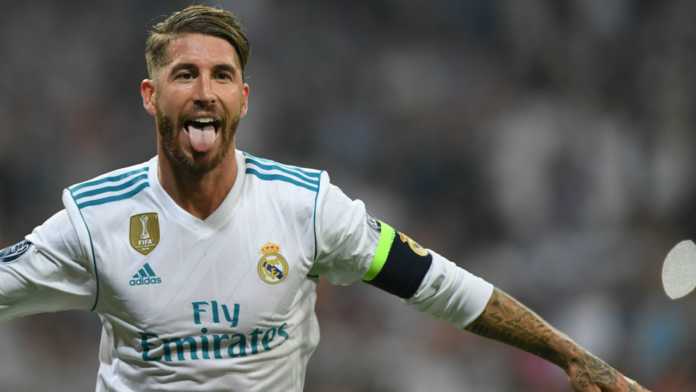 Sergio Ramos has said he has no intention of retiring from international football anytime soon and that he will be at the Qatar 2022 World Cup – even if it means appearing there with a grey beard.

Spain exited the 2018 World Cup on Sunday via a penalty shoot-out defeat against unfancied hosts Russia after being held to a 1-1 draw over 120 minutes.

‘It's so many hours, so much effort and so much dedication.

‘Maybe this wasn't our best moment but we go home without having lost a game.

‘I would like to carry on playing [for Spain] for many more years because I'm going home with a terrible pain.

‘I'm going to have to go to Qatar with a grey beard if necessary.

Ramos added in a tweet: ‘It hurts a lot but nobody should doubt that we'll be back to try again and again.

The 32-year-old has played 156 times for Spain, which is an outfield record for his country.