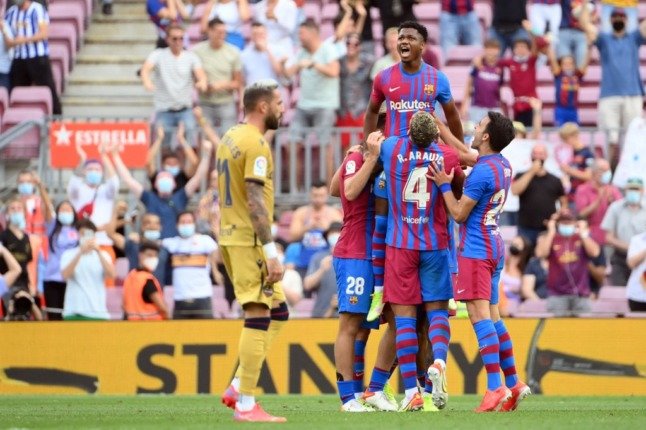 Stadiums of the Spanish La Liga teams will return to 100% capacity from October 1, 2021.

This was confirmed by the Spanish Ministry of Health after a meeting between the ministry and the country's autonomous government met on Wednesday.

The two parties reached an agreement to increase capacities at major events, including LaLiga Santander and LaLiga SmartBank matches.

This implies that the Spanish LaLiga will see attendances increase to 100 percent of capacity.

However, the wearing of facemasks remains compulsory for every attendee and food will not be made available.

The measures will be introduced from October 1, meaning Atletico Madrid's game against Barcelona could well be played in front of a packed-out Estadio Wanda Metropolitano.

Everything will be reviewed again at the end of October, with the new measures valid until October 31.

At indoor venues, for basketball and other sports, attendance will be at a maximum of 80 percent of capacity and a social distance of 1.5 metres must be maintained.