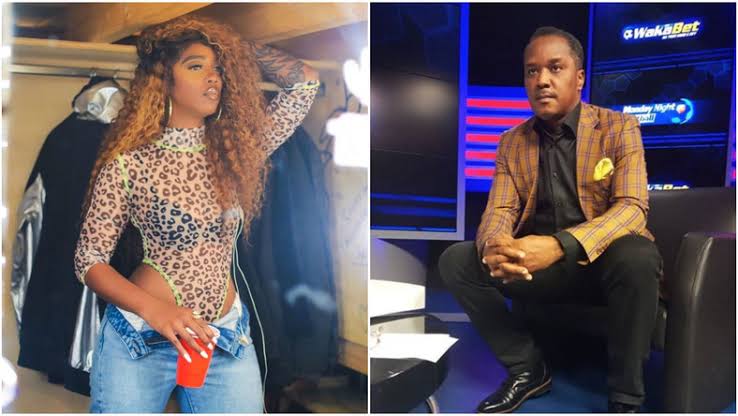 Nigerian TV sports Presenter, Charles Anazodo, and Pop Singer, Tiwa Savage, were caught in a hot twitter exchange recently after the former seemingly tagged the latter ‘discourteous’ for not saying ‘HI’ when they crossed paths.

Apparently, Tiwa Savage was running late for her interview and rushed past Charles Anazodo without greeting, this infuriated the TV Presenter and he took to Twitter to call her out.

@TiwaSavage was a guest on @THEBEAT999FM earlier today, arrived and walked past @kallyjoe and me, and didn’t have the courtesy to say hello. I guess being a superstar gives you the right to be discourteous

First of all, I’m sure you saw me rushing to the studio because I was late for my interview plus I had a hat on, the second I’m glad I didn’t say hi because who are you to think you can’t say hi first.

See the exchange below: