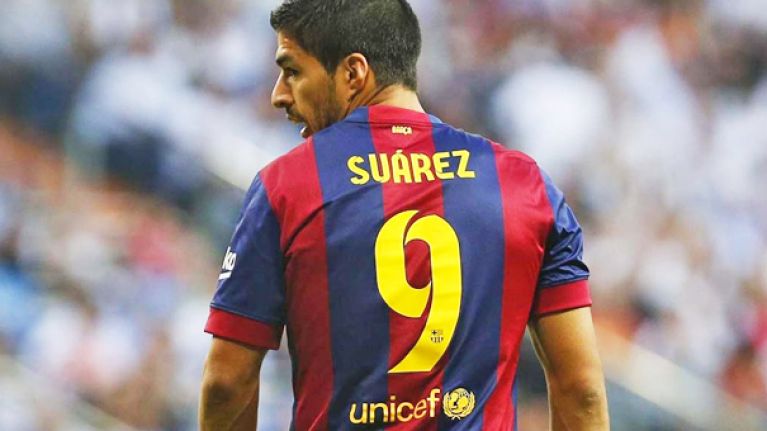 The Uruguayan scored a penalty in his country’s 2-2 draw against Japan in the Copa America.

It was the Barcelona star’s 58th goal at international level in his career.

Suarez was named PFA Player of the Year in his last season at Anfield five years ago after winning the Golden Boot with 31 goals.

One of his most memorable goals came that year against Norwich in a 5-1 win.

The Uruguayan scored four against the Canaries, one of them a 40-yard volley looping over the goalkeeper.

Footage has emerged from last night’s game which shows he nearly replicated it.

In the clip, the game is barely a minute old.

The ball is miscontrolled by Japanese midfielder Ko Itakura.

And Suarez jumps on the loose ball in the middle of the park.

See the goal below: