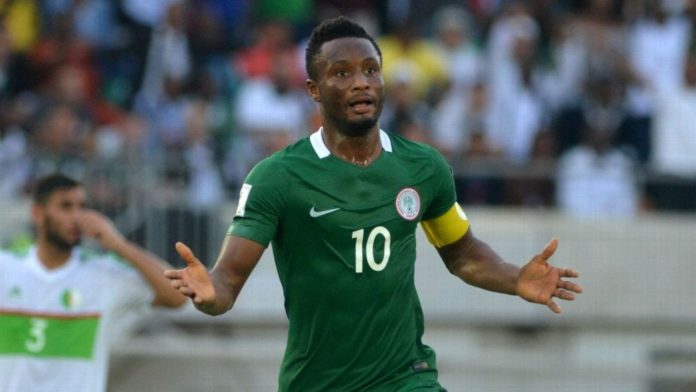 Super Eagles coach Gernot Rohr has dismissed suggestions that team lacks a natural number 10 in the centre of the pitch ahead of the 2019 Africa Cup of Nations with the international future of Mikel Obi up in the air.

Rohr has stressed that he is not searching for a playmaker and has identified three players who can serve as Mikel Obi's replacements if he is not available for selection.

“I am not worried about it because we have a lot of players who can be natural playmakers,” the Super Eagles manager told TV Continental.

“You know we have players like Etebo who can be a playmaker, he can also be a good defensive midfielder.

“We have Alex Iwobi who played in this position and did very well in Johannesburg, we have Ahmed Musa who is coming in from the left side and can give good balls and score himself.”

The German football tactician added: “You know that it is not necessary to have this position of number ten in modern football.

“Everybody must be able to make the play, to be a playmaker even the defensive midfielders or even the defenders have to give good balls and to construct the game.”