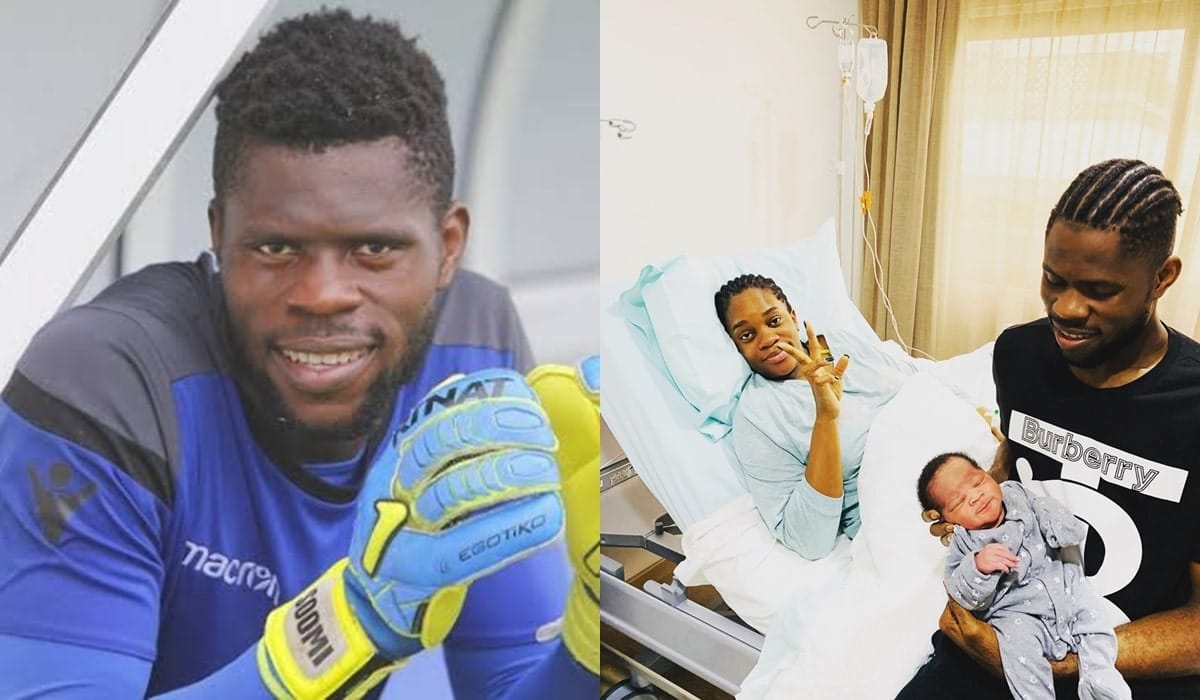 Super Eagles goalkeeper Francis Uzoho may bounce back earlier than envisage following bundle of joy that came his way in the first day of the New Year.

GoalBall gathered that Uzoho welcomed a baby boy in the New Year, a blessing which has sent the Deportivo La Coruña goalie to cloud nine.

The Nigerian international who took to the social media to officially welcome his son equally gave the wife a pat on the back for a job well done.

A recuperating Uzoho, who has made over 14 appearances for the Super Eagles since joining the senior national team in 2017, has been sidelined for three months following an injury he sustained in October last year’s international friendly against Brazil in Singapore.

Initial diagnosis said the 21-year-old Uzoho will be out for a month but further x-ray confirmed that he would need at least six months to bounce back to action.

Some have said that Uzoho is likely to be back in April, however, the arrival of his first son could enable him to recuperate faster.