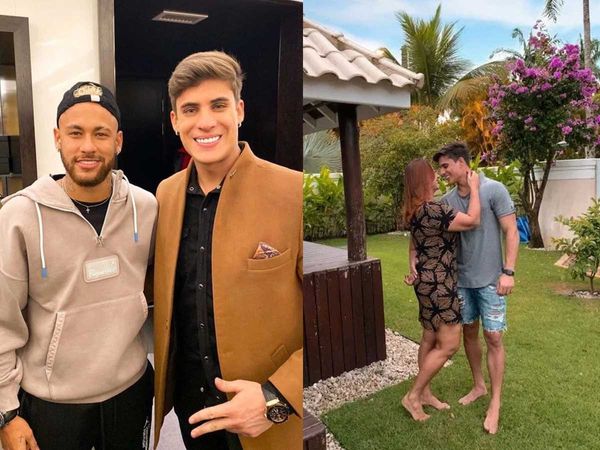 Neymar's mother has reportedly dumped her lover after finding out he had dated a string of men.

The Brazil star only gave his seal of approval to the relationship – which saw his 52-year-old mother Nadine Goncalves declare her love for 23-year-old Tiago Ramos – 10 days ago.

But it now appears that Nadine has ended the relationship after discovering that he had dated various men prior to their first meeting.

It has also been claim that he was dating a famous Brazilian actor and stand-up comedian called Carlinhos Maia.

However, it remains unclear when he began dating Neymar's mother, although Ramos was pictured at the former Barcelona star's lavish birthday party in February.

Tiago is now reportedly back with his family in Brazil after being kicked out of Nadine's mansion.

Nadine was married to Neymar's father, and agent, Wagner Ribeiro for 25 years – but they split up in 2016.