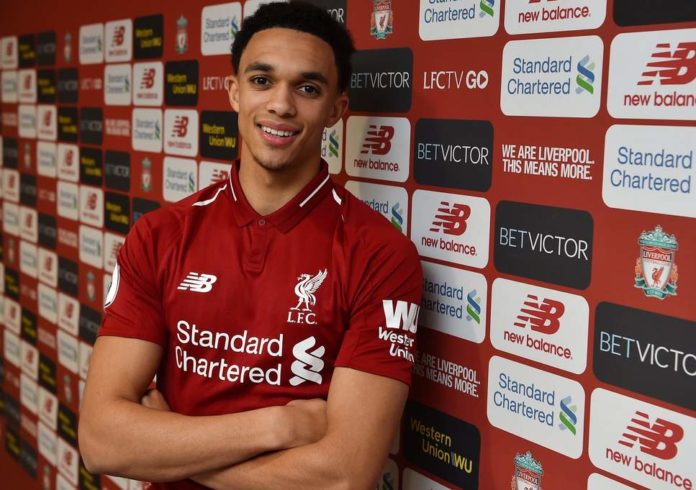 Trent Alexander-Arnold has expressed his delight at signing a new long-term contract with Liverpool.

The deal, which is understood to tie Liverpool defender to the club until 2024, reflects the remarkable progress the 20-year-old has made since his last contract in 2017.

“I feel privileged to have the support and the trust the club has in me to offer me a new deal.”

The Academy graduate made his Liverpool debut in October 2016 and has since established himself as the Reds' first-choice right-back.

“To have the support of the fans every single time I go out to play, to know that they’re behind you is something special.” ❤️?

“As soon as they offered the contract, there was no hesitation whatsoever,” added Alexander-Arnold, who has made 67 appearances for Liverpool and scored four goals.

When it comes to playing football, there is only one club for me. After 14 years at @liverpoolfc I am so happy to sign a new contract! Just want to say thank you to the fans for all your support on my journey so far ❤ #YNWA pic.twitter.com/oxMdkwQaeL

Alexander-Arnold, who joined Liverpool at the age of six, becomes the latest member of Jurgen Klopp's squad to pledge his future to the club.