Tunisia go in search of a winning start to their Africa Cup of Nations campaign when they take on Mali and we will be offering a preview of the contest in this Tunisia vs Mali prediction post.

Our Top Tunisia vs Mali prediction

The Tunisia vs Mali odds are here and a victory for Tunisia looks to be the safest choice as they are more accustomed to playing at this level and also boast the better players.

The Limbe Stadium plays host to Tunisia and Mali on Wednesday with both teams looking to gain an early advantage in Group F. 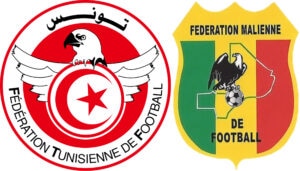 Tunisia put up one of the most impressive AFCON qualifying campaigns in history as they dropped only two points in their six outings.

The Eagles of Carthage, who are currently the highest ranked African team by FIFA, now head into the tournament proper with the target of securing a second continental title and a first since 2004.

Off the back of a fourth-place finish in Egypt three years ago, the North Africans are one of the favourites to usurp reigning champions and arch rivals Algeria this time around.

Despite initially naming an 18-man provisional squad, Kebaier has now named the full complement of 28 players for his side’s trip to Cameroon.

Youssef Msakni and Manchester United’s Hannibal Mejbri impressed during the Arab Cup have been rewarded with a spot in the shortlist.

Like Tunisia, Mali also finished top of their qualifying group where they lost just one of their six outings in Group A.

Les Aigles have gone to win five of their six World Cup qualifiers and are in the hat for the playoffs which is scheduled to take place in March.

Mohamed Magassouba’s men take on Gambia and Mauritania in their other Group F fixtures as they look to improve on their Round-of-16 exit in Egypt three years ago.

Premier League duo Yves Bissouma and Moussa Djenepo have joined up with the rest of the team after their most recent involvement with Brighton and Southampton respectively.

Amadou Haidara has recently returned from injury and the midfielder is expected to line up in the heart of the midfield.

The Tunisia vs Mali odds for all three possible match results are as follows:

Mali have the slight edge in this fixture historically but they have only won one of the last four meetings between the teams.