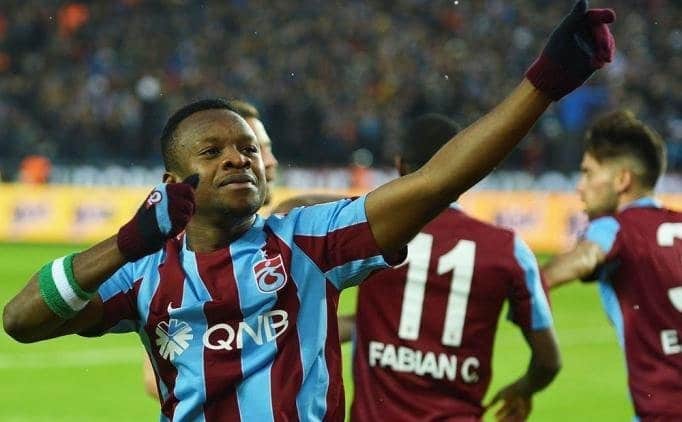 The Super Eagles' midfielder has caught the eye of so many this season with lots of impressive display and was in perfect form in September when they took champions Galatasaray to the cleaners by trouncing them 4-0.

The Trabzonspor midfielder has so far in his 13 matches played this season won a total of 105 direct balls more than any other outfield player, a clear sign of how impressive he has been for the modest Turkish club.

The Nigerian has been very impressive when it comes to ball distribution with statistics showing he's the League's fourth-best passer of the ball behind Istanbul's duo of Alexandru Epureanu and Mahmut Tekdemir and Stephen Badji coming third.

The former Lazio player averages 60 successful passes per game and a successful completion rate of 85 %, an amazing stat which has seen him help the club to sixth on the log.

The Eagles' anchorman has also covered more ground duels than any other Trabzonspor player and his also ranked second in terms of interception per game, an obvious sign that the Nigerian remains a big asset to the Unal Karaman-tutored side.

Onazi has appeared in 13 games this season and has scored one goal. He was missing in action at the weekend with a minor injury.