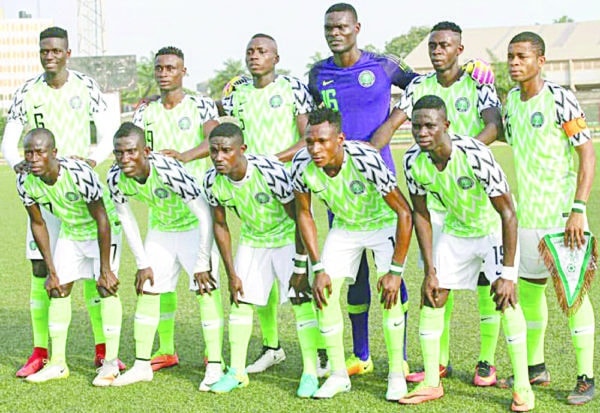 Seven-time African champions, Flying Eagles will take on their Zambian counterparts in two friendly games in Abuja as part of preparations for this year’s Africa U-20 Cup of Nations.

The tour has been confirmed following a request letter from the Nigeria Football Federation on January 13 which met with the ready acceptance of the Football Association of Zambia.

The proposal for the tour includes FAZ flying the Junior Chipolopolo to Nigeria, while the NFF will bear the cost of accommodation, feeding and other logistics for the Zambian delegation.

Meanwhile, the free-scoring Eagles have scored a total of 10 goals in two friendly games since resuming camp after the Yuletide – the latest being a 5-1 mauling of Galadima FC in Abuja on Wednesday.

Champions of the WAFU B U-20 Championship held in Niger Republic in May 2022, the Flying Eagles have been drawn to play hosts Egypt, Senegal, and Mozambique in Group A of the Africa U20 Cup of Nations from February 19 to March 11.

In Egypt, Zambia will be up against Tunisia, Benin Republic and The Gambia in Group C, while Uganda, Central African Republic, South Sudan and Congo battle things out in Group B.

All four semi-finalists in Egypt will qualify to represent Africa at the 23rd FIFA U-20 World Cup finals slated for Indonesia from May 20 to June 11.