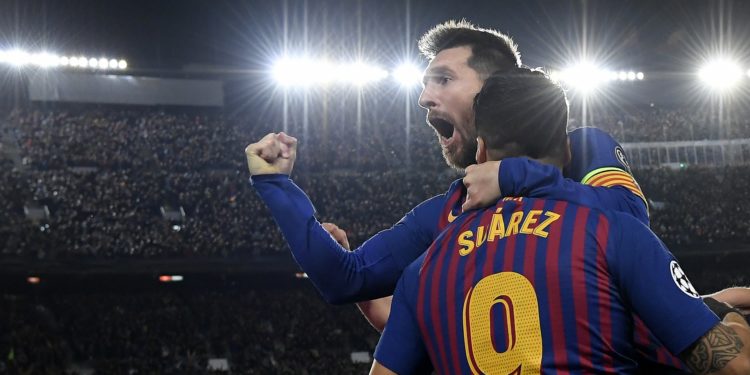 Barcelona visit Liverpool as heavy favourites in their Champions League semi-final second leg, having held a 3-0 aggregate lead over the Reds at the Nou Camp.

Lionel Messi and Luis Suarez, who were rested in the weekend’s 2-0 defeat to Celta Vigo, are fresh to cause Jürgen Klopp’s defence all sorts of problems.

An away goal is very dangerous in this tie – if the Blaugrana score one then Liverpool need to score five to progress to the final.

The good news for the Catalans is that the Reds’ attacking line is badly depleted, with both Roberto Firmino and Mohamed Salah ruled out for the tie.

The bad is that Barca will be missing Ousmane Dembele with a hamstring injury – on balance it must be noted that Barcelona have the fresher squad.

Liverpool are looking to become only the third team in the history of the European Cup/Champions League to come from three goals down after the first leg of a semi-final and progress to the final, after Panathinaikos in 1970-71 and Barcelona in 1985-86.