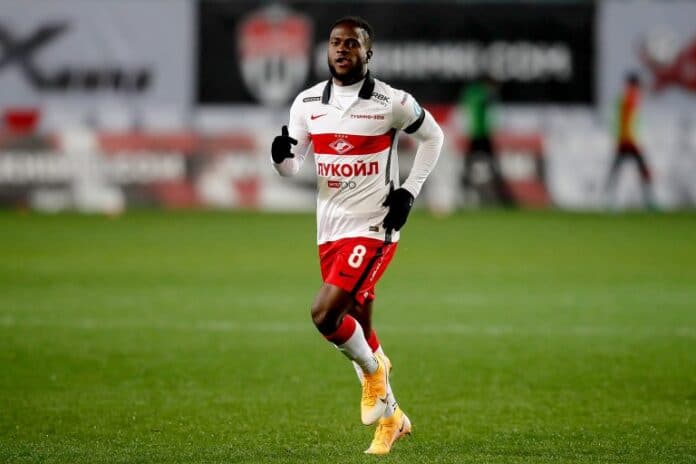 Former Super Eagles and Spartak Moscow winger, Victor Moses has revealed his side's readiness for the tough test they'll face when they clash with Leicester City on Wednesday.

It's their third match of the Group C and the former Chelsea and Liverpool forward will be up for the challenge against Brendan Rodgers' men.

Moses reckoned that Spartak Moscow must be at their best to beat Brendan Rodgers' in the all important fixture.

While speaking to the club's website, Moses said: “Yes, this opponent is well known to me. And every year Leicester became more and more serious club,”

“Today he can be called one of the strongest in England. This is the current holder of the Cup of the country, and last weekend the Foxes beat Manchester United. With confidence in their abilities there is complete order,”

“It is clear that it will be very difficult for us Although personally I have good statistics against Leicester. In the Premier League, if I'm not mistaken, I've lost to them only once.

“Moses played against the King Power outfit during his time in England while he was with Crystal Palace, Stoke City, West Ham and Chelsea.