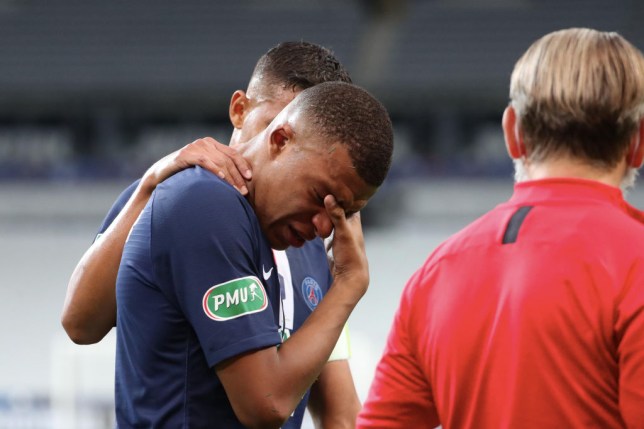 While PSG were able to record an easy 3-0 win over FC Nantes, Tuchel was forced to replace both Kylian Mbappe and Moise Kean as a precaution.

Both forwards received some heavy knocks during the match and Tuchel did not want to risk their fitness.

PSG has been without Mauro Icardi for weeks and will now be without star forward Neymar until after the next international break in November.

It would be an even bigger blow for Tuchel if Mbappe and Kean would also suffer injuries.

For that reason Tuchel decided to take the attacking duo off in the second half.

Just before Mbappe was taken off the forward was seen grabbing his thigh but Tuchel insists that the forward has not sustained an injury.

“With Mbappe I think it’s not a injury, but more fatigue,” he told Canal+.

“The same goes for Kean. He took a lot of hits, which was painful.

“He wanted to continue but I said ‘no’. Now is not the time to take too many risks.

“I really hope we don’t have any new injured players.”