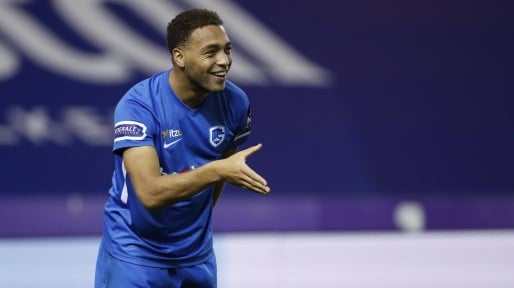 KRC Genk’s manager John van den Brom has revealed that the need for Cyriel Dessers to get more playing time made him to seek a loan move to Feynoord.

In an interview with ESPN, Van den Brom said that the Nigerian international was disappointed for not tasting action in the Belgian League.

Dessers is yet to established himself at Feyenoord, but he has managed to score twice for them this season.

Speaking on Dessers’ decision to leave on loan, Van den Brom said:“If Paul Onuachu couldn’t play, Cyriel could do his thing. He did that quite well, but he wanted more. And I understand that when you go from Heracles to KRC Genk ,” Van den Brom tells ESPN .

“He just has to play more there than here, because then it will be an added value for both Feyenoord and KRC Genk . Because he is still our player.”